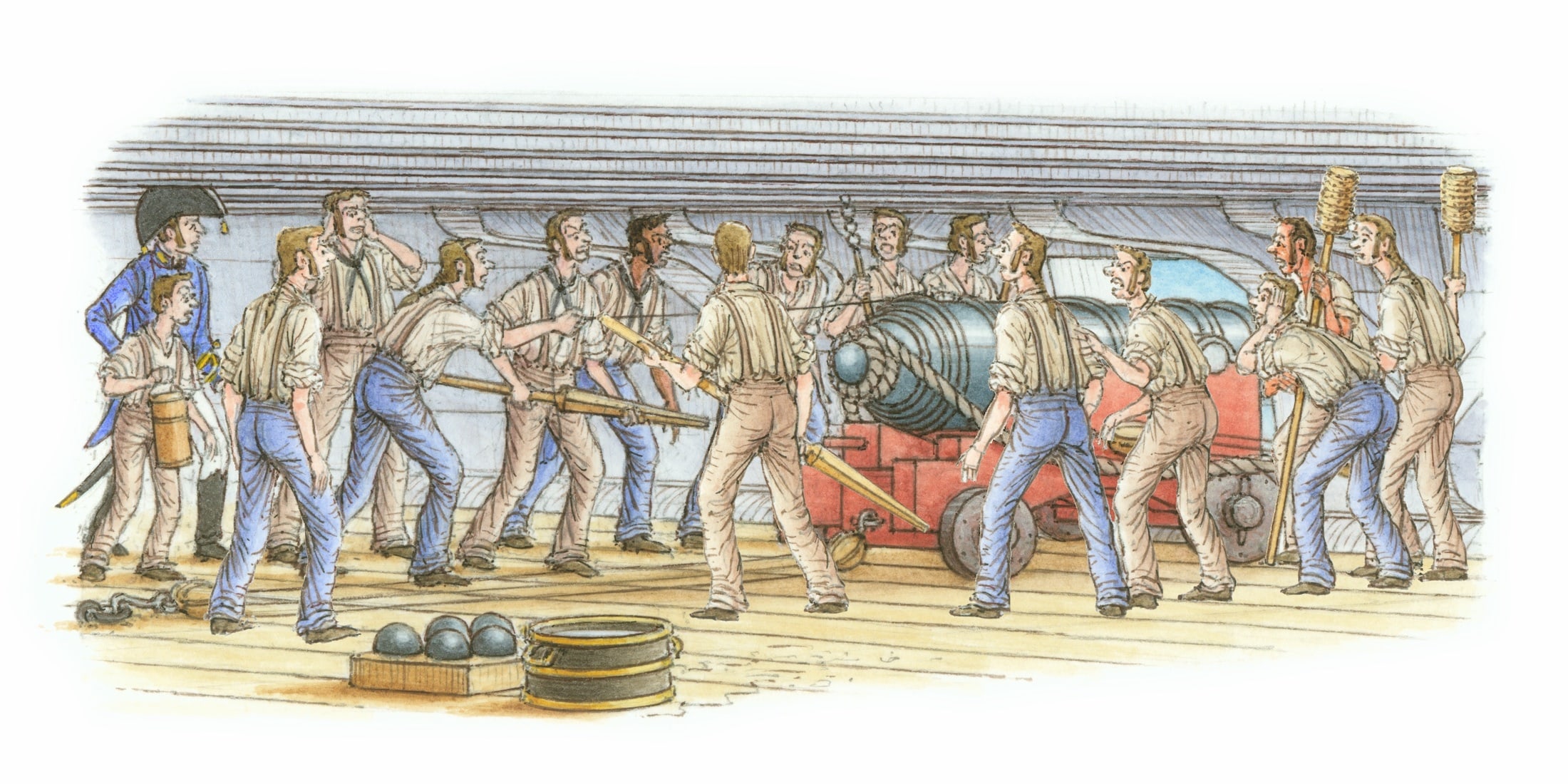 Constitution’s 52 heavy guns give her awesome power in battle, but they are useless without expert gun crews to fire them. To hone their skills, the seamen practice regularly, rehearsing a strict routine until they can do it blindfolded. Every man plays his part with furious concentration, for a naval gun can do as much harm to those who fire it as to the enemy. It weighs more than three tons, and rolling free, it will effortlessly crush a man. A stray spark on its powder charge will kill the gun crew and set the ship on fire.

A gun team drilled, or practiced, together in order to be perfect during a stressful situation. Each member needed to be able to complete their tasks exactly, both in practice and during battle when the air was filled with smoke, the yells of crew members, and the deafening sounds of other guns firing simultaneously. The gun team needed to be accurate and fast, and each individual’s responsibilities were vital. This lesson plan teaches communication, team building, following instructions, and engineering concepts. 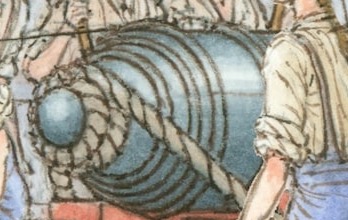 Visit All Hands on Deck’s Heavy Metal for K-12 activities in understanding Constitution‘s artillery and weaponry in 1798. These activities include information on the distances and weights of artillery on board ship, and the impact of weight on Constitution’s immersion factors. 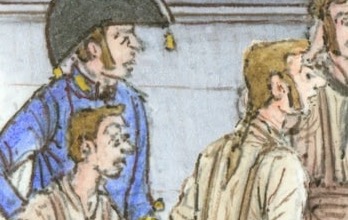 Play these games to test your students’ aim as they try to fire a gun on board Constitution.

With this lesson plan, use the scientific method as you build and fire an Alka-Seltzer® cannon. Compare the chemical processes and materials of your cannon to that of a gun on board Constitution as you use scientific inquiry with your students. 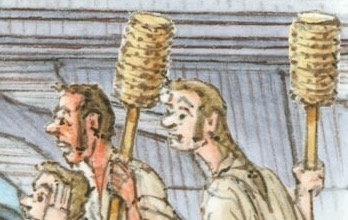 Learn about the importance of individual responsibility and following detailed instructions in the story of Constitution sailor John Wentworth, who was injured when the gun rolled over his foot. 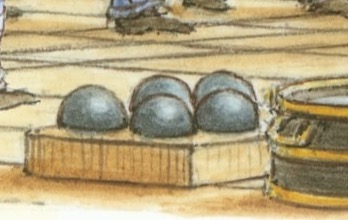 Bar and Round Shot