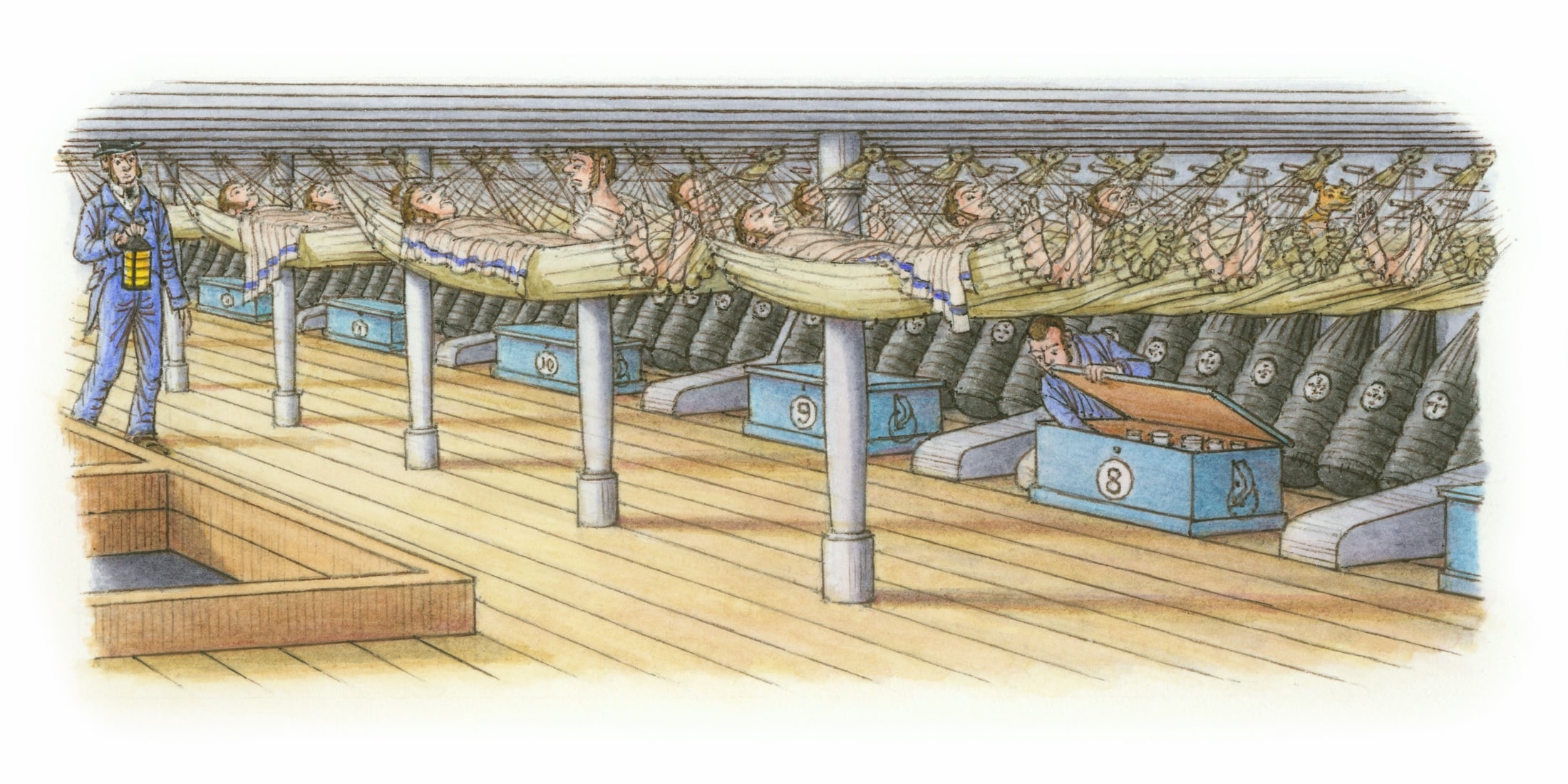 At night, seamen sleep in hammocks slung between beams or at least, half of them do. The crew is divided into two “watches” (teams). One watch sails the ship from 8pm to midnight, then sleeps for four hours while the other watch works. Tomorrow, the two watches swap over their duties. Shouted orders and pounding feet echo through the ship all night, but the sleeping sailors do not wake. Their work is so exhausting that they slip into a deep slumber as soon as they tumble into their hammocks. 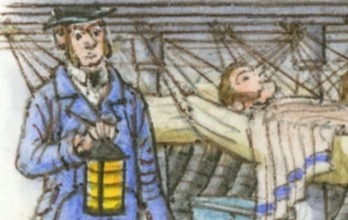 Telling Time on board Constitution

Sailors lived by the bell aboard Constitution because it was linked to their responsibilities at sea. The ringing of the bell was a simple way to inform the entire crew to change watch (shift). When the sand in the half-hour glass emptied, it indicated 30 minutes had passed. A sailor struck a bell, and he added an additional strike every half hour until he reached eight, signifying four hours had passed. That indicated the watch (shift) was over. Show students the bell from British ship HMS Guerriere, placed on Constitution after the battle to replace her damaged bell. 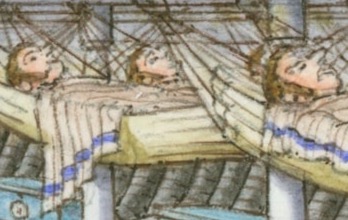 Telling Time with a Half Hour Glass

Sailors only slept in their hammocks during one 4-hour watch on board Constitution, though they likely caught some shuteye when off watch at other times. Life aboard ship was a highly regulated environment with bells ringing every half hour. Learn more about a sailor’s daily routine and have your students make their own half hour glass in this lesson plan.

Lesson Plan: Make Your Own Half Hour Glass 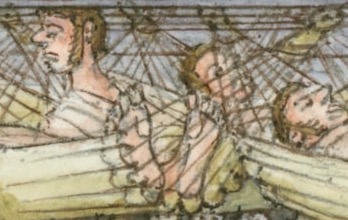 How Many Sailors Can Sleep at the Same Time?

How big was the berth deck? Calculate the area of the berth deck using the average size of a sailor and a hammock to figure out the how many sailors could sleep at the same time.